1 0 1 30
It is obvious that the news that hit us during quarantine does not contribute to a good mood. Millions of people around the world are suffering from the insidious virus, the United States is in turmoil, and war is continuing in the Middle East. A great way to escape from all this is to watch good and kind films.
Collider’s journalists, having teamed up with psychologists, analyzed the art and animation pictures of recent years and compiled a list of those that help to overcome bad mood and apathy.

The "antidepressant" list includes 25 films and full-length cartoons. The vast majority of them belong to the fairy tales and Comedy genre, but there are some exceptions, such as spectacular adventure pictures and even crime films and dramas. Among the selected film works, there are no stupid and saturated with low-grade "toilet" humor — they all have their own morals and are recommended for family viewing.

In the group of animated films that help improve mood, the top three included "Zveropolis", "Cold heart"and " Aladdin". Of the fairy-tale films, "Harry Potter and the philosopher's stone" and "the Princess bride"show the highest therapeutic effect.

Save from depression, without threatening the intellect, are able to good and meaningful Comedy "Succeed", "Clueless" and "School of rock", as well as the crime Comedy "ocean's Eleven friends". As it turns out, light drama can also bring back the joy of life, especially if it's "Amelie," "Shakespeare in Love," "Singin' in the rain" and "Rushmore Academy."

It should also be noted that you need to watch movies from this list in a special atmosphere — with family, close people or just good friends. Comfortable chairs and sofas, fruit, drinks, muted lights and high-quality sound will only increase the positive impact of such viewing on the psyche. 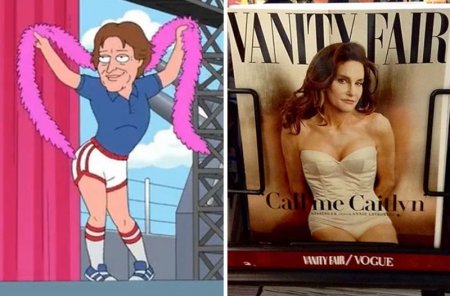 20+ cases when cartoons predicted the future
Log in via: